Reports from entrants in the 2021 ILLW event.

Thanks once again to all the entrants for joining in the fun of the Lighthouse Weekend and for making it another wonderful year despite the intervention of an unwanted bug. 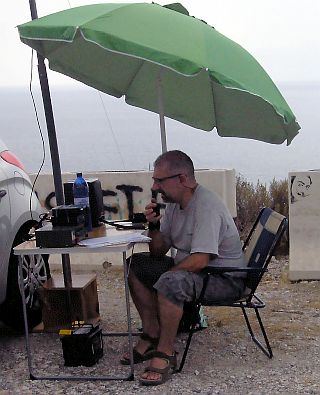 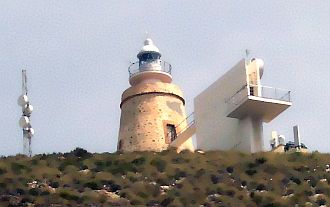 The Castell de Ferro Lighthouse, which went into operation in 1992, is built on a watchtower dating from the Arab period called Torre de la Instancia, which was reformed in the eighteenth century. In 1939 it became the responsibility of the Carabineros corps for coastal surveillance, and in 1941 it was transferred to the Guardia Civil. The tower was restored in 1990 to house the lighthouse, and is located on the hill overlooking Punta del Melonar. It is a magnificent watchtower over the Mediterranean Sea due to its great height. With 237 m. focal height, it is the second highest lighthouse in Spain. The range of the lighthouse is 14 miles with white light in groups of three flashes.

Access to the lighthouse is a complicated matter, as the access track from the road along the coast is closed with a barrier and the lighthouse has an extensive fenced security perimeter. It was not possible to obtain authorization to access the site. In addition to radar, there are numerous radio installations on the site. Therefore, the activation for the ILLW had to be carried out right at the foot of the road, which is the closest possible point to the lighthouse and from which there is visibility of the lighthouse and therefore 'beacon light'. This point was advantageous for the establishment of contacts because it is not affected by the aforementioned radar and radio facilities, and has null QRM.

A Yaesu transceiver and an inverted-V dipole antenna were used in the activity. 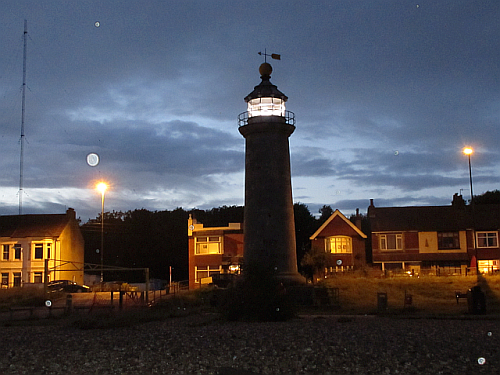 Here is a report from Shoreham Lighthouse in West Sussex, south coast of England. I used the callsign GB2ISL this year and the reference number is UK0023.

Nine were on 2 meters FM simplex, 11 were via the GB3IW repeater on the Isle of Wight on 70cms, and the remaining 63 were on 40 meters SSB.

I worked lighthouses in England, Scotland, France, Germany, Belgium, the Netherlands and Switzerland (Lake Constance). Although there were a couple of lighthouses that I heard but failed to work, I didn’t miss out on any countries as a result.

I worked several non-lighthouse stations in both GI and EI, but didn’t hear any lighthouses from those places unfortunately.

I did not hear my nearest neighbour at all… GB0NL at Newhaven Lighthouse. Very unusually for 40m from the south of England, I did not hear any Italian stations throughout the entire weekend!

I used my Icom IC-7300 running 50 Watts, powered by a 75Ah leisure battery in my car. My antenna was a Sotabeams linked dipole in the 40m configuration held up by a 7 meter Spiderbeam telescopic pole. Despite this somewhat modest setup, I actually had a proper pileup on Sunday morning!

My resonant dipole was sideways on to the nearby Medium Wave broadcast transmitter and, as in 2020, I did not suffer any QRM from it. I listened on 20 meters (despite making no QSOs) and that band did seem rather noisy. I wouldn’t like to say that the noise was caused by the mast though.

200mW of WSPR into a ¼ wave vertical antenna on my car did make it across to the east coast of the USA on 20 meters, as well as northwards into Iceland and eastwards into Russia.

I was very tired by Sunday afternoon but the ILLW was good fun and it was definitely worthwhile coming back on Sunday. In 2020 I was only active on the Saturday. 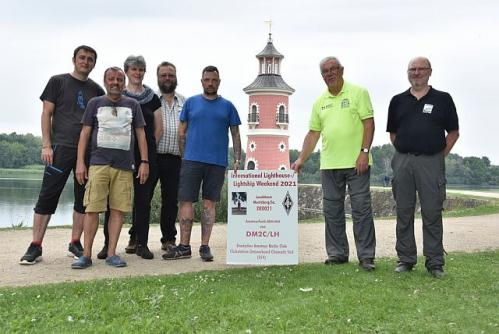 This year, for the 15th anniversary, we were able to unfold our stations at the DE 0021 lighthouse in Moritzburg / Saxony.
The "weather god" also played on Friday / Saturday, so an interesting lighthouse weekend was to be expected. This year was to intensify our work with the QO-100 station, but of course also on shortwave in SSB and CW and FT8.
In addition to a double zepp specially for 80m, a G5RV, an end-fed long wire and various vertical antennas were used as HF antennas. A problem was finding the right location to align the satellite dish with the QO-100. A dense grove of trees in the direction of the satellite left only a small area open. Of course, we also wanted to set up the station to be effective for the public and after a few attempts it worked.
On Sunday bad weather prevented further activities (sri). We were satisfied with the results of the ILLW 2021, a total of 330 radio connections came into the log, all of which will be confirmed with eQSL or, in the near future, with paper QSL via the office.
Further information at www.dm2c.darc.de  (More photos)