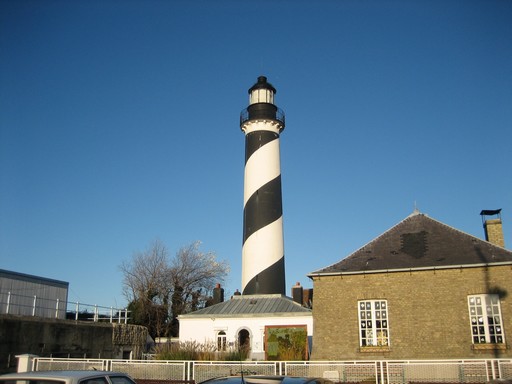 Built in 1843. Inactive since 1989. 27 m (89 ft) round brick tower with lantern and gallery, rising from the center of a 1-story keepers house. Tower painted in a black and white spiral pattern; lantern and gallery painted black. Phareland has a page of photos, Rósa Elín Davídsdóttir has another good photo, and Google has a satellite view. The lighthouse was unpainted until it was restored in 1949, repairing the damage of World War II. The lighthouse is the subject of a well-known painting by Nicolas de Stael. The lighthouse was opened to the public in June 2005. Located near the foot of the east jetty at the entrance to the Aa River in Petit Fort Philippe, north of Gravelines. Site open, tower apparently open daily. 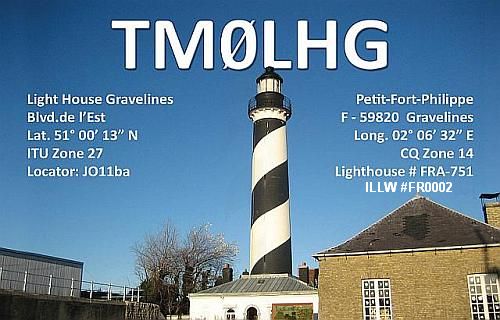